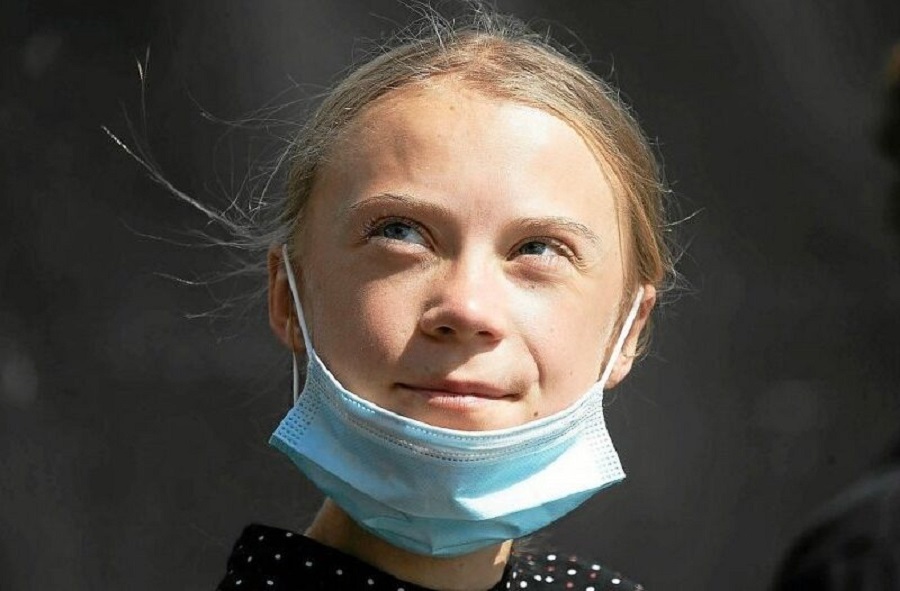 Climate activist, Greta Thunberg, says that the COP26 climate talks should be postponed until COVID-19 rollout is effective.

Greta Thunberg has told the BBC she does not plan to attend the UN climate conference due to be held in Glasgow this November. The summit will bring together world leaders with the aim of agreeing a plan to tackle climate change.

The 18-year-old Swedish climate campaigner is concerned about the impact of the coronavirus pandemic on attendance at COP26. She believes the summit should be postponed. She says the UK government, which is hosting the summit, should wait until global vaccination rates have risen.

Ms Thunberg’s decision is likely to be a significant blow for the UK government. The activist has attended every major climate conference since her first protest outside the Swedish parliament two and a half years ago. She said: “This needs to happen in the right way. Of course, the the best thing to do would be to get everyone vaccinated as soon as possible so that everyone could take part on the same terms.”

The UN meeting has already been delayed once, from November 2020, and there have been rumours that it may be postponed again.

The last two Conference of the Parties (COP) summits have had more than 20,000 attendees and the UK is understood to have been working on the basis that as many as 30,000 people could attend in Glasgow.

At the end of last month, sources in Downing Street and Holyrood were adamant that no decision had been made on a further delay to the conference. However, the BBC was told a final decision on whether to delay or move ahead with the summit was likely to be taken shortly after Easter.

COP stands for Conference of the Parties, and it is attended by countries that signed the United Nations Framework Convention on Climate Change (UNFCCC) – a treaty agreed in 1994. The 2021 meeting will be the 26th meeting, so it has been named COP26.

COP25 was held in Madrid, Spain, in November 2019 and featured a headline speech from Greta Thunberg. It ended with many unresolved issues, but an agreement was made about cutting carbon dioxide – a gas that causes global warming. Each nation agreed to devise a plan to cut their carbon emissions by the next conference in Glasgow.

COP26 will bring parties together to accelerate action towards the goals of the Paris Agreement and the UN Framework Convention on Climate Change. It will be the biggest summit the UK has ever hosted. It is being described as the most significant climate event since the 2015 Paris Agreement. Presidents and prime ministers from around the world will be reporting back on progress since the Paris Agreement and, potentially make new decisions on how to cut carbon emissions.

Greta Thunberg would not play a formal role at the conference but her decision not to attend is a significant symbolic moment for the conference.

Since she began her first school strike alone outside the Swedish parliament two and a half years ago she has come to symbolise the demands of many young people that world leaders take climate change more seriously.

“How dare you”, she told world leaders at a UN climate summit in New York in September 2019, as she accused them of failing to act on climate change.”You have stolen my dreams and my childhood with your empty words”, she told them.

Speaking to BBC News ahead of a new documentary series “Greta Thunberg: A Year to Change the World”, she was clear what she thought the COP26 team should do, saying she thought the summit should be postponed again.

She said the summit was not the only way to go about affecting change. “To be frank, the changes need to come from people demanding climate action,” she said. “Yes, these COP meetings are crucial and they are incredibly important. But we can have as many of these meetings and conferences as we want but as long as we are not really treating the climate crisis as a crisis, we won’t see any real changes coming from them.”

She also criticised the UK for holding a climate conference when the opening of a new coal mine is being considered. “It really shows the true face of the so-called net zero emissions by 2050,” she added. “If you can commit yourself to something like that while at the same time that includes the possibility of opening new coal mines, and so on, it really doesn’t mean that much.” She said she was “surprised” people had been listening to her for so long, but added that as long as people were listening she would use that opportunity to communicate her message as much as she could.

Mark Carney, the former Bank of England governor who is now finance advisor for COP26, would not be drawn on whether he thought the conference would happen in person when asked in an interview for the BBC podcast, Newscast.

“I think if we’ve learned anything in the last 13 months, it’s that’s it’s not wise to make bold predictions about what’s going to happen three, six months ahead in terms of logistics, so the honest answer is I don’t know”, Mr Carney told presenter Adam Fleming.

At the end of last month it was reported that Prime Minister Boris Johnson was battling to ensure the flagship conference was held face-to-face by ensuring participants were vaccinated and subjected to a robust testing regime. But the global rollout of vaccinations has been disappointing.

Any decision on the future of the summit would be made in conjunction with the United Nations, as well as the Scottish government. Last year, the decision to delay the meeting – because of Covid – was taken in May.