A guide to cooking fake meat 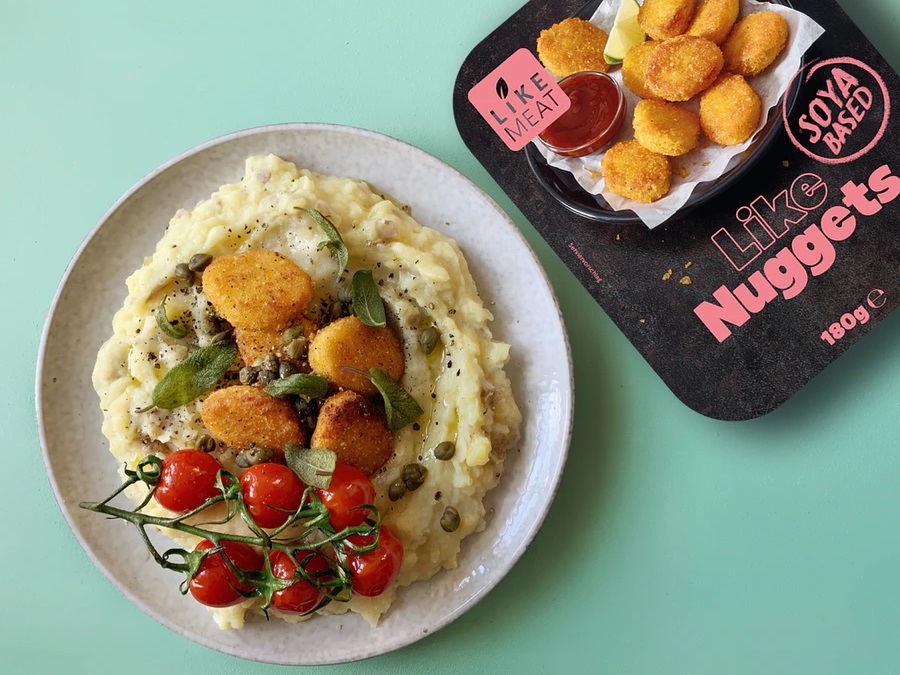 Cooking fake meat is sometimes harder than it seems. Here is a complete guide to cooking plant-based alternative meat for beginners.

Plant-based meat products used to be the black sheep of the frozen food aisle; vegan burger patties were virtually synonymous with hockey pucks. Well, we’re certainly living on the other side of the spectrum now, aren’t we!

The rise of all the vegan meat alternative products out there has actually led to another hurdle: knowing which ones to buy and how to cook them and what to use them for. If you’re new to plant-based eating, the options can be overwhelming, but registered dietitian Carissa Galloway, RDN, is here to help on both fronts.

“When you’re shopping for meat alternative products, whether it’s chicken, pork, or beef, the first question to ask yourself is if you’re looking for an alternative that’s as healthy as possible or as close to tasting like meat as possible,” Galloway says.

If it’s nutrition you’re after, she urges everyone to scan the ingredients list and see if the product is made with healthy whole foods (like soy, lentils, and veggies). Then, she says to eye the protein content – this is important since you’d using it in place of meat, which is the primary protein source in many meals – and check that it’s low in sodium and saturated fat. “Meat substitute products higher in saturated fat will taste more like real meat, but aren’t as healthy because too much-saturated fat is not good for cardiovascular health,” she says. So it’s all about weighing the pros and cons.

Speaking of meat substitution products, here’s the verdict on if Beyond Meat and Impossible Meat products are actually healthy:

“If you’re new to using meat substitution products, I recommend starting with easy recipes that you are used to using actual chicken for,” Galloway says. In general, you should use flavours that you already love, she says. “Experimenting with plant-based chicken is new enough; you don’t have to go all-out and try something completely out of your comfort zone the first time you try it.”

Her one big piece of advice? “You’ll find a lot of vegan fried chicken recipes, but my advice is to bake it,” Galloway suggests. This will cut down on the amount of saturated fat in the final dish, as fried food (even plant-based fried food) is notorious for lots of saturated fat. Brands like Gardein, Deliciou, and ToFurky sell faux chicken that isn’t breaded, making it best for a baked chicken swap.

Try it: Galloway likes to throw the vegan chicken on the skillet with some frozen veggies and cooked rice to make a quick, completely plant-based stir-fry. Add soy or teriyaki sauce and you have an easy dinner in minutes.

The OG of alt-meats, there are tons of plant-based beef options available – which makes for a variety of cooking methods. But generally, use them like you would their OG counterpart.

If you buy ground plant-based beef, such as Beyond Beef, you can cook and incorporate it into anything you would typically use beef for, such as chili, spaghetti sauce, stuffed peppers, or burrito bowls. Other products, like by Morning Star Farms, Gardein, and Hilary’s, come in the form of patties or meatballs and only require heating in the oven or on the stove before being ready to eat. Galloway says that a general rule of thumb when cooking with these items is to add veggies to whatever you’re making with it, whether it’s in the form of canned or frozen veggies, zucchini noodles, or leafy greens. That way, you can make sure you’re meal has enough fiber.

Try it: Galloway suggests cooking your plant-based beef with mushrooms, which have a similar texture to beef itself, in order to better mimc the beef experience (and add in some extra nutrients while you’re at it). So throw in some sautéd mushrooms in with your alt-beef chili or ragu – you’ll thank us later.

Aside from Impossible Foods’s forthcoming alt-pork product (which was announced earlier in the year), plant-based pork substitutes can be hard to find. Jackfruit is one of Galloway’s go-tos, and you can buy it already shredded and seasoned in the refrigerated food aisle. (In fact, The Jackfruit Company has whole meal kits incorporating jackfruit in place of pulled pork.) “It has the same texture and you can cook it the same way,” Galloway says. Unlike pork, she says, jackfruit is low in protein, so make sure to incorporate the nutrient elsewhere into your meal.

“In terms of substitutions for bacon or hot dogs, there are many products in the frozen food section made to mimic them in taste that you can cook the same way,” Galloway says, offering a reminder to check the sodium content when shopping for these products.

Try it: Galloway says she likes to use vegan hot dogs to make chorizo, cooking them with paprika, garlic, onion powder, and chili powder before serving for a more authentic taste. “I like to make a chorizo-style vegan hot dog and pair it with avocado,” she says.

Plant-based meat products have come a long way and most of the time, you can use them as an easy swap-in for whatever you were going to use the meat for. But if you’re sceptical, Galloway says to start slow. “You don’t have to completely overhaul your whole diet at once,” she says. “Incorporate the products into recipes with ingredients you already know and love, see what works and what you like, and go from there.”