Meat-plant COVID-19 rate might be higher than we thought 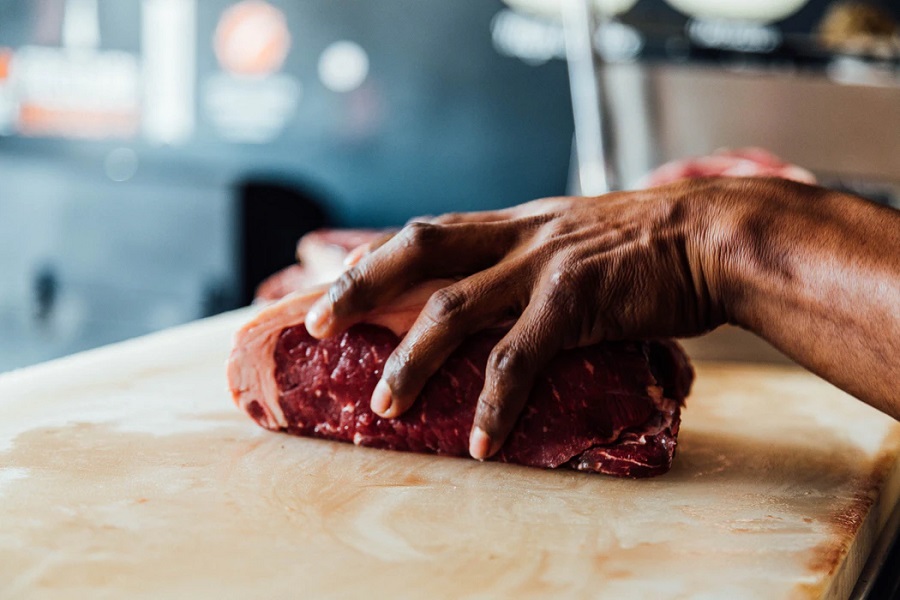 Activists say they have reason to believe that meat-plants experiencing large coronavirus outbreaks are using legal loopholes to hide their numbers.

A chicken processing facility in western North Carolina reportedly underwent widespread testing for Covid-19 in early June. Workers at the plant were scared. Several employees had already tested positive and the company, Case Farms (which has been repeatedly condemned for animal treatment and workers’ rights violations) was not providing proper protective equipment.

“We don’t have a lot of space at work. We are shoulder to shoulder,” said one worker, who declined to be identified, during a recent union call. “I’m afraid to go to work, but I have to go.” The testing turned up 150 positive cases at the facility, the worker said.

On 8 June, the health department for Burke county, where the Case Farms facility is located, reported 136 new COVID cases, a 25{85424e366b324f7465dc80d56c21055464082cc00b76c51558805a981c8fcd63} increase in its total caseload. Yet neither the company, county officials nor the North Carolina department of health and human services would confirm whether those cases were connected to Case Farms.

It is just one example of the currently taut relationship between public health and the economy in North Carolina, as the number of Covid-19 cases and hospitalisations rises. North Carolina is one of the largest pork and poultry producing states in the US, exporting roughly $1.25bn in hogs, chickens and turkeys every year. Health departments in rural parts of the state, areas that often lean on large meatpacking or food processing facilities as primary sources of employment, have so far been tight-lipped about Covid-19 outbreaks in those plants.

In late April, while outbreaks began emerging at meat processing plants across the country, Donald Trump signed an executive order forcing the facilities to remain open.

In late April, while outbreaks began emerging at meat processing plants across the country, Donald Trump signed an executive order forcing the facilities to remain open. That same month, the US exported a record amount of pork to China, despite industry claims of a domestic shortage.

Since the pandemic began, more than 36,000 meat processing and farmworkers have tested positive for Covid-19 and at least 116 have died, according to a tally by the Food and Environment Reporting Network, though the true number is likely higher.

Through case interviews and contact tracing, the Burke county health department, where Case Farms is located, does have data about where people with positive cases work, but are choosing not to release it, said spokeswoman Lisa Moore. “We know where they are, but we are not a county that can divulge every place where they are,” Moore said.

Case Farms requested the health department direct all questions regarding their facility to a company representative, Moore added. In response to a series of detailed questions from the Guardian, a Case Farms spokesperson wrote that the company is “committed to continuing producing food for our nation’s food supply while taking additional safety measures to protect our employees, our company and our customers, in accordance with USDA regulations and CDC guidelines.”

Earlier this year, North Carolina’s health department had reported the names of farms with two or more positive cases, but in May replaced the names with addresses in order to “better reflect the location of the outbreak”, according to a department spokesperson.

“Why, when a nursing home has an outbreak, it’s in the paper, but when a meatpacking facility does, it’s not?” said Mac Legerton, a longtime grassroots policy advocate and co-director of the Robeson County Cooperative for Sustainable Development, and is among those who have criticized local and state governments’ approach to case reporting.

“The law needs to be that in a pandemic all outbreaks at public and private facilities are made public to protect the employees of the institutions and to inform the public.”

As of Thursday, there were 2,772 confirmed cases of Covid-19 in 28 meat processing plant “clusters” around the state, the department said, but would not specify further.

North Carolina as a whole has seen a marked increase in cases and hospitalisations over the past several weeks, prompting a “concerned” Governor Roy Cooper to announce last week that the state would pause in the second phase of its reopening plan.

The state requires only a few types of businesses to report outbreaks, which it defines as two or more cases, including congregate living facilities, daycare centres and schools. For all other businesses, local health departments and the state DHHS depend on companies volunteering their own data or tracking down clusters through case interviews. But failure to disclose outbreaks demonstrates that officials and company executives are prioritising economic interests over the wellbeing of marginalised workers and communities, Legerton said. “That lack of information puts both employees and the public at risk,” he said.
In a letter to several of the largest meat companies last week, senators Elizabeth Warren and Cory Booker called on the corporations to disclose infection figures in their plants. Virginia also recently moved to create a set of safety rules to protect workers from Covid-19 – the first of its kind in the nation – following a petition from workers in the state’s poultry processing and meatpacking industries. The drafted rules, which include requiring employers to mandate social distancing and notify employees of potential exposure, would be enforceable through fines and closures.

The Occupational Safety and Health Administration has received nearly 350 COVID-related complaints from employees at North Carolina businesses. One business, Pilgrim’s Pride, a poultry processing plant in Sanford, was the subject of at least eight separate complaints, with workers alleging the company was not informing them of positive tests or mandating the wearing of some protective equipment. A worker there died in May.

In Robeson county, home to a large Campbell’s Soup facility, Mountaire Farms and Sanderson Farms poultry processing plants, as well as many factory farms, businesses have been generally forthcoming with the health department, according to Bill Smith, the county’s health department director. Smith’s office received $600,000 in federal COVID funding, which it used to set up testing sites around the county and hire school nurses as contact tracers. Smith and his team have also been collaborating on daily calls with health departments from surrounding counties, as well as coordinating closely with the local Lumbee Tribe. But companies can make this work difficult, muddying the waters for case reporting in communities where they are one of very few employers, Smith said. “A lot of the packing places are your largest employers, therefore it’s an economic issue,” he said. “There may be pressures from them to stay out of the packing world if you will.”

Companies also choose to weigh public health considerations alongside public relations in determining what information to release, Smith said, pointing to publicly traded giants like Sanderson Farms and Smithfield Foods, which have a brand they’re trying to protect. “If you say something about Smithfield Foods, they’ll see an effect immediately: you’ll see someone not buy Smithfield in the grocery,” he said.

Still, the decision by state and county health departments to report some outbreaks and not others appears inconsistent with the need for transparency in a public health crisis, Smith noted. “When you’re releasing nursing home names with two illnesses, yet another place that has 900 you refuse to give, there’s some disagreement there from a public health perspective,” he said