Bolsonaro could face charges at ICC for crimes against humanity 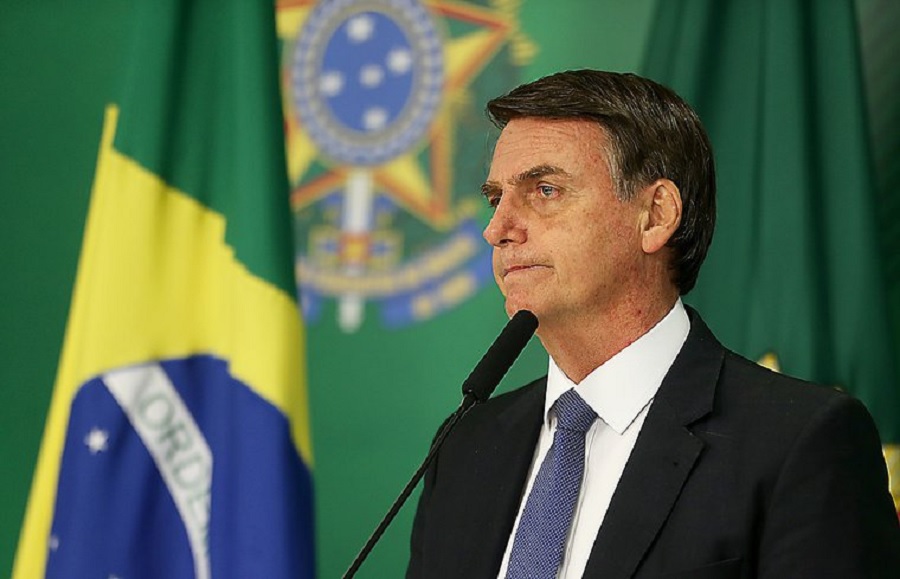 Brazil’s right-wing President could find himself at the International Criminal Court after indigenous communities accuse him of crimes against humanity.

Jair Bolsonaro could face charges in the international criminal court (ICC) after being accused of crimes against humanity.

Indigenous leaders in Brazil and human rights groups are urging the court to investigate the Brazilian president over his dismantling of environmental policies and violations of indigenous rights, which they say amount to ecocide.

William Bourdon, a Paris-based lawyer, submitted a request for a preliminary examination to the tribunal in The Hague, Netherlands, on Friday. The chief prosecutor, Fatou Bensouda, will then determine whether there are grounds for an investigation against Bolsonaro. There is no deadline for a decision but “it is a matter of great urgency”, Bourdon said. “We are running against the clock, considering the devastation of the Amazon.”

Since Bolsonaro took office in 2019, vast stretches of the rainforest have been destroyed and traditional communities threatened. Deforestation has soared nearly 50% in two years and has reached its highest level since 2008. Invasions of indigenous territories increased 135% in 2019, and at least 18 people were murdered in land conflicts last year.

“It is frightening to see that there is a coordinated attack on the climate, the forest and its people.”

Despite that, fines for environmental crimes dropped 42% in the Amazon basin in 2019, and the federal government cut the budget for enforcement by 27.4% this year, a report revealed. “While the scenario is getting worse and worse, the government is reducing enforcement,” said Marcio Astrini, the executive director of Climate Observatory, the group of NGOs behind the report. “It is frightening to see that there is a coordinated attack on the climate, the forest and its people.”

The UN-backed court has mostly ruled on cases of genocide and war crimes since it was created in 2002. However, after facing criticism it decided in 2016 to assess offences in a broader context, which could include major environmental and cultural crimes.

Bourdon believes this case could lead to Bolsonaro standing trial for ecocide, a term defined as causing serious and lasting harm to the environment and people. The lawyer filed the case on behalf of indigenous chiefs Almir Suruí and Raoni Metuktire.

Several members of NGOs and lawyers from the US, Brazil and France also worked on the 68-page report describing what they claim are crimes against humanity. It includes cases of murder, forced transfer and persecution of indigenous people in Brazil.

Raoni is renowned for his fight for the preservation of the Amazon rainforest and indigenous culture. The 91-year-old chief of the Kayapo people is currently isolated in his village at the Xingu indigenous territory due to the coronavirus pandemic.

Patxon Metuktire, his 35-year-old grandson, followed him in his quest for help in the international community over the past year: “My grandfather thought it was important to make the complaint because the chief of the nation should protect communities, but he is not doing so.

“People are feeling endorsed to commit crimes, as the president supports them,” Patxon added. “My grandfather believes the Brazilian population cannot make the president stop acting against the indigenous people. He keeps violating our rights, so this is our last resort. My grandfather is ready to testify and clarify anything for prosecutors if needed.”

Scientists have warned that Bolsonaro’s destructive policies could push the Amazon rainforest to an irreversible tipping point, turning swathes of the tropical forest into savannah. This would make it impossible to control climate change. “Bolsonaro is not only a risk for indigenous peoples, he turned into a global problem, because what he does here has an impact on the planet,” said Sônia Guajajara, the leader of the Association of Brazil’s Indigenous Peoples. “He commits one crime after another against the peoples of the forest and against the environment.”

In November 2019, Brazilian activists delivered an “informative note” at the ICC arguing that Bolsonaro encouraged the genocide against indigenous people. More than a year later, the prosecutor’s office said it was analysing the case to determine whether it would open an examination.

Eloísa Machado, a member of Brazil’s Human Rights Advocacy Collective who worked on the legal action, welcomed the case brought by Bourdon. “Bolsonaro has his actions under analysis now, even if preliminarily,” she said. Although the proceedings are still at an early stage, Machado said it was an important sign from The Hague: “It is an indication that the facts reported are serious and that the prosecutor’s office is sensitive to the issue.”