A proposed trade deal could see US meat find its way to shelves in the UK. However, there are concerns that the meat doesn’t meet the country’s welfare standards for farm animals.

The US published its negotiating priorities for any post-Brexit trade deal with the UK last week, and Woody Johnson, the US ambassador to Britain, invited us all to look again at US production methods and to drop our opposition to certain practices such as the use of hormones in beef and chlorine washes for chicken.

Measured by import value, the UK market for food is the third largest in the world after China and Japan. Everyone seeks access to it, including the US. I believe in open markets and want us to have an independent trade policy. There is a negotiation to be had about allowing tariff-free quotas on some products as part of a future UK-US trade deal. However, if Americans want to be granted privileged access to the UK market, they will have to learn to abide by British law and British standards, or kiss goodbye to any trade deal and join the back of the queue. 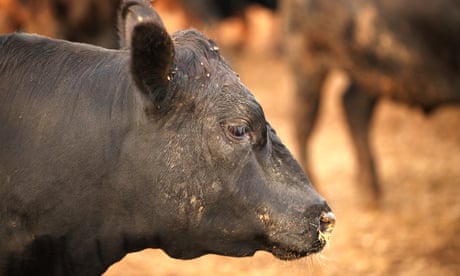 The UK and the US have been on a different journey when it comes to food standards in recent decades. In the UK, we have built one of the most sophisticated and discerning markets for food anywhere in the world. Consumers have become more informed and show more interest in the provenance of their food and how it is produced. The British retail sector has contributed to building a strong brand around provenance and standards. Regulators have also made sure that we strive for the highest standards of animal welfare and food safety in the world.

Agriculture in the US remains quite backward in many respects. It retains a position of resisting more information on labels to limit consumer knowledge and engagement. Its livestock sectors often suffer from poor husbandry, which leads to more prevalence of disease and a greater reliance on antibiotics. Whereas we have a “farm to fork” approach to managing disease and contamination risk throughout the supply chain through good husbandry, the US is more inclined to simply treat contamination of its meat at the end with a chlorine or similar wash.

However, the greatest difference between the British and US systems of farming is their attitudes to animal welfare. The UK has legally recognised the sentience of farm animals since 1875 when the first regulations were introduced to govern slaughterhouses. Since then we have introduced the Animals Act of 1911, tougher slaughterhouse regulations in 1933 and then a series of other improvements culminating in the 2006 Animal Welfare Act. We have some of the highest standards of animal welfare in the world and we have driven improvements in other European countries that have traditionally lagged behind.

In the US, legislation on animal welfare is woefully deficient. There are some regulations governing slaughterhouses but they are not as comprehensive. As far as on-farm welfare legislation is concerned, there is virtually nothing at all at a federal level and only weak and patchy animal welfare regulations at a state-level predominantly in the West Coast states. There is a general resistance to even acknowledging the existence of sentience in farm animals which is quite extraordinary. 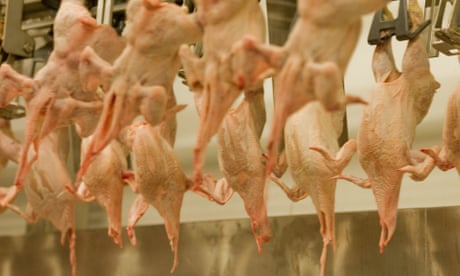 Consumers in the US have started to drive a change. There has been a growing demand for “natural” beef that has not been treated with hormones. There has also been a growing organic sector. The most important change has been delivered by emerging policies from large companies such as McDonald’s. Steve Easterbrook is a British citizen and the former head of McDonald’s in the UK.

In that role he developed a suite of policies to promote higher animal welfare on farms supplying McDonald’s. He has since become the global CEO of McDonald’s based in the US, and he has taken British values of compassion with him. McDonald’s is now driving improvement in welfare on some US farms, for instance by stipulating requirements on the stocking densities used for chicken meat producers.

The Conservative party had a manifesto commitment to promote British values on animal welfare through any future trade deals we might strike. A modern trade deal is not simply about commerce, it is also about values. There is currently a cross-party consensus that we should enshrine the recognition of animal sentience in statute to underpin all our existing policies and inform new ones. One option might be to suggest that the US introduce a similar piece of legislation at federal level to drive the modernisation of its own laws. We could even send British advisers to Washington to help them do it as part of our trade negotiations.

The international trade secretary, Liam Fox, understandably wants to talk about opportunities for new industries such as services or digital but, in the court of public opinion, if the choice is between the commercial interests of banks or the welfare of chickens, the chickens will win every time. The sound of clucking chickens will never be far from the negotiating table, tugging at our consciences so we might as well get used to it. Unless we deliver on our manifesto commitment, we will give free trade a bad name. We should use the power of the UK to project British values of kindness and compassion in any future trade deals.