Coronavirus: Stop Exploiting Earth And Animals Or Be Prepared For Worse And Fiercer Pandemics 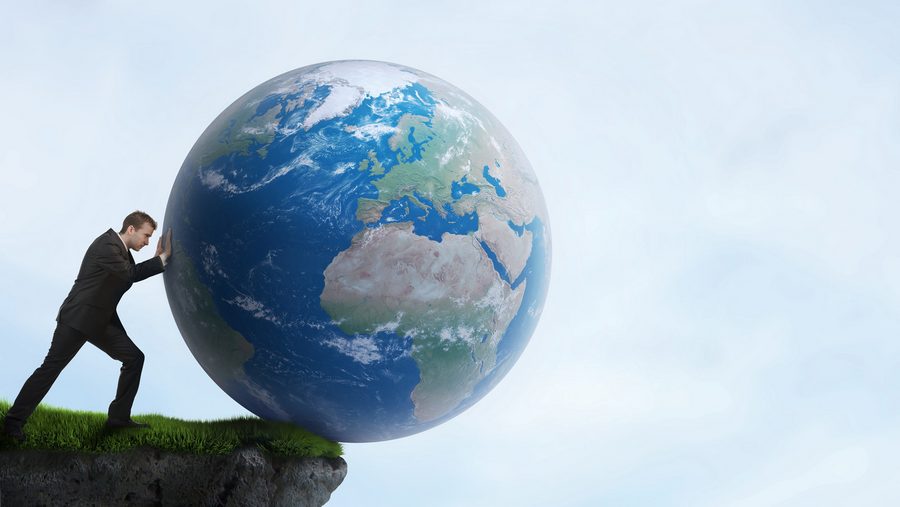 If the human race carries on the way we have been doing, we had better get used to pandemics that are likely to be more frequent, spread more rapidly, kill more people and inflict even worse economic damage if humanity fails to fundamentally change how it is damaging the environment and exploiting wildlife, some of the world’s leading scientists have warned.

“As many as 1.7 million unidentified viruses of the type known to infect people are believed to still exist in mammals and water birds. Any one of these could be the next ‘disease X’ – potentially even more disruptive and lethal than Covid-19,” say the global experts in biodiversity.

In a strongly worded article, they caution that the potential for future pandemics is vast, and that the suffering already caused by the coronavirus “may be only the beginning”.

The authors, from the Intergovernmental Science-Policy Platform on Biodiversity and Ecosystem Services (IPBES), state: “There is a single species that is responsible for the Covid-19 pandemic – us. As with the climate and biodiversity crises, recent pandemics are a direct consequence of human activity.”

They warn: “Rampant deforestation, uncontrolled expansion of agriculture, intensive farming, mining and infrastructure development, as well as the exploitation of wild species, have created a ‘perfect storm’ for the spillover of diseases from wildlife to people. This often occurs in areas where communities live that are most vulnerable to infectious diseases.”

They say humanity has destroyed more than 85 per cent of wetlands and dedicates more than one-third of all land and most freshwater to crops and livestock production.

“Add to this the unregulated trade in wild animals and the explosive growth of global air travel, and it becomes clear how a virus that once circulated harmlessly among a species of bats in southeast Asia has now infected almost 3 million people, brought untold human suffering and halted economies and societies around the world,” they write, adding: “This is the human hand in pandemic emergence.”

But that may be just the start. “Although animal-to-human diseases already cause an estimated 700,000 deaths each year, the potential for future pandemics is vast,” the scientists say.

Most animals carry viruses that do not make them ill, but pandemics are caused by increasing numbers of people coming into direct contact – and often conflict – with the animals carrying these pathogens.

Setting out key solutions, the piece calls for “transformative change”, meaning “fundamental, system-wide reorganisation across technological, economic and social factors, including paradigms, goals and values, promoting social and environmental responsibilities across all sectors

The experts also warn that steps to mitigate the current crisis that appear tempting, such as propping up intensive agriculture and airlines, “essentially subsidises the emergence of future pandemics”. Instead, environmental regulations must be strengthened and enforced, they insist.

They also advocate a “one health” approach in global and local decision-making that recognises links between the health of people, animals and plants.

Earth’s economy is based on a “limited paradigm that prizes economic growth at any cost”, the experts write, adding that humans have “a small window of opportunity” to avoid sowing the seeds of future pandemics.

The authors, who last year issued the starkest warning yet on damage to nature and warned that a million species of plants and animals were at risk of extinction in coming decades, added: “Most immediately we need to ensure that the actions being taken to reduce the impacts of the current pandemic aren’t themselves amplifying the risks of future outbreaks and crises.”

They conclude: “Responding to the Covid-19 crisis calls for us all to confront the vested interests that oppose transformative change, and to end ‘business as usual’.”

Wildlife experts have previously told The Independent how species such as bats must not be blamed for spreading disease, because it’s only human interference with them that creates breeding grounds for disease.

The Independent is campaigning against the wildlife trade, in particular calling for slaughter-on-demand markets, “wet” markets, where animals are cruelly caged in unsanitary conditions, to be shut down.

The campaign has revealed how “exotic” animal skins are helping fuel the trade and how unhygenic animal markets in China remain open, despite a crackdown.