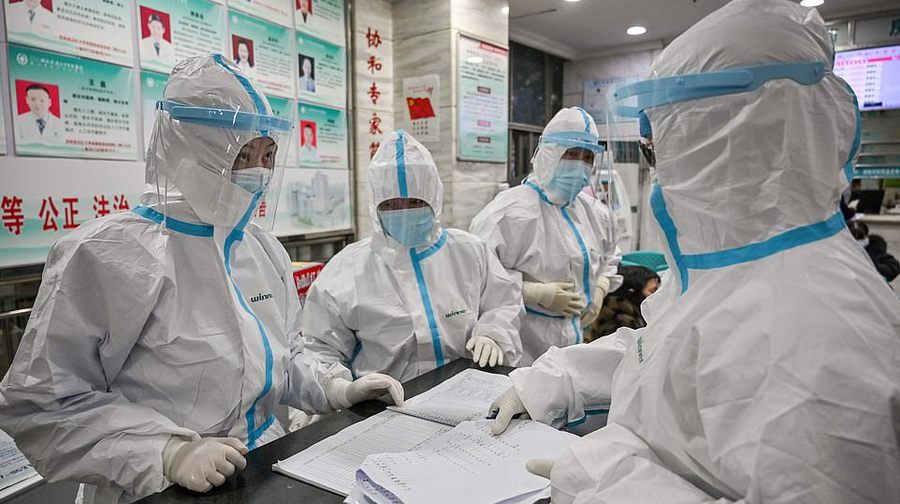 It has taken an emergency like the coronavirus outbreak to show that Government responses to social ills must be changed permanently.

It has taken an emergency like the coronavirus outbreak to show that Government responses to climate breakdown and to the challenges of poverty and inequality must be changed permanently. Leading scientists have urged leaders to act in the same way as has happened with the efforts to contain and suppress the virus.

The Covid-19 crisis has revealed what governments are capable of doing and shone a new light on the motivation for past policies and their outcomes, said Sir Michael Marmot, professor of epidemiology and public health at University College London, and chair of the commission of the social determinants of health at the World Health Organisation.

“The overriding objective [of governments for the last decade] has been austerity, and life expectancy for the worst-off has declined,” he told journalists at a virtual meeting organised by Plan B and Extinction Rebellion. “Health tells us something fundamental about the nature of our society. What the government was pursuing was a worse society – that may not have been the objective, but it was what came out.”

But what had happened in response to coronavirus revealed a new way of operating for governments. “With Covid-19, everything [on austerity] went out of the window. It turns out austerity was a choice,” he said. “The government can spend anything [in the context of the coronavirus crisis], and they have socialised the economy.”

The urgency with which the government had acted showed that the response to an emergency could be swift and decisive, he said. But the climate crisis has been viewed as a “slow-burn” issue and had not elicited such a response. “Coronavirus exposes that we can do things differently,” Marmot said. “We must not go back to the status quo ante.”

Sir David King, who was chief scientific adviser from 2000 to 2008, a period that included the foot-and-mouth epidemic that devastated farming in 2001, said governments were quick to forget about dangers in their quest to save money and must learn lessons from coronavirus.

He pointed to his own work on flood defences while chief scientific adviser. After serious floods in the early 2000s and work by climate scientists showing that flooding would become more frequent across the UK, he pushed for more spending on defences and a new national plan.

But in the aftermath of the financial crisis of 2008, he said, austerity measures led to many flood defence projects being shelved and warnings ignored. The result was that over the following decade flooding got worse, as scientists had predicted, but many more people suffered and had their homes and livelihoods put at risk because resources were withdrawn.

King also said the government had been warned in 2016 of the dangers of a viral pandemic and should have been better prepared. “In 2016, a report indicated that our hospitals would not be ready for an epidemic of this kind. But that report has not been made public.”

King served as special representative for climate change to the government after leaving his post as chief scientific adviser, and was one of the experts who pushed for the Paris agreement in 2015. He warned that the Paris agreement goal of limiting temperature rises to 1.5C or 2C was probably too weak, however, to save the world from the impacts of climate breakdown. “We need to remove greenhouse gases from the atmosphere,” he warned.

He pointed to the economic recovery plans after the second world war, and said that after the coronavirus crisis has passed, governments should consider similar plans to redevelop the global economy to adjust to a fossil fuel-free world.

Some people have pointed out that the response to the current crisis has reduced emissions and air pollution in the short term. But Jason Hickel, lecturer in economic anthropology at Goldsmiths University, warned of taking too many lessons from that.

“When you scale down energy use and industrial production, it does have these ecological benefits but the crucial thing to observe is that this is happening in an unplanned, chaotic way which is hurting people’s lives,” he said. “We would never advocate such a thing. What we need is a planned approach to reducing unnecessary industrial activity that has no connection to human welfare and that disproportionately benefits already wealthy people as opposed to ordinary people. There are much more equitable, just and carefully planned ways to approach this kind of problem.”

A group of leading economists and global health experts including four Nobel prize-winners has urged the leaders of the G20 countries to devote trillions to helping poor countries out of the coronavirus crisis, or face a continuing crisis of migration, recurring global Covid-19 outbreaks, and social breakdown in the developing world.

The experts said: “Developing countries are facing an unprecedented collective threat to human life, social cohesion and economic devastation. Massive economic losses will be incurred as countries desperately try to cope; people will migrate out of fear as the epidemic takes hold, leading to social disruption, violence and security issues.”

Erik Berglof, director of the Institute of Global Affairs at the London School of Economics and an organiser of the letter, told the Guardian: “If it will take more than $2tn (£1.6bn), perhaps as much as $6tn, to fix the US, we are not going to fix the rest of the world for less. To attach a specific number now is almost meaningless. What we need are new and creative ways of using global financial muscle to back up existing international financial institutions.”

He said that some measures, such as providing emergency resources and medical help, could be taken quickly, but it was important to manage the process with a long-term view as well, using and expanding existing international institutions and programmes. “You cannot sprinkle money from helicopters in these economies because it would never reach the intended receivers,” he said. “You need carefully managed programmes and projects that can help these countries through this extremely difficult period.”

Infrastructure investment would take longer, but would be vital to ensure that countries can recover from an economic shock that economists say will be greater than that following the 2008 financial crisis.

In providing this help, the developed world would also be benefiting its own citizens, as if efforts to control Covid-19 in poor countries fail, “the virus could become endemic, producing new waves of destructive outbreaks around the world”, the letter warned.