Eating more plants and less meat can save your life 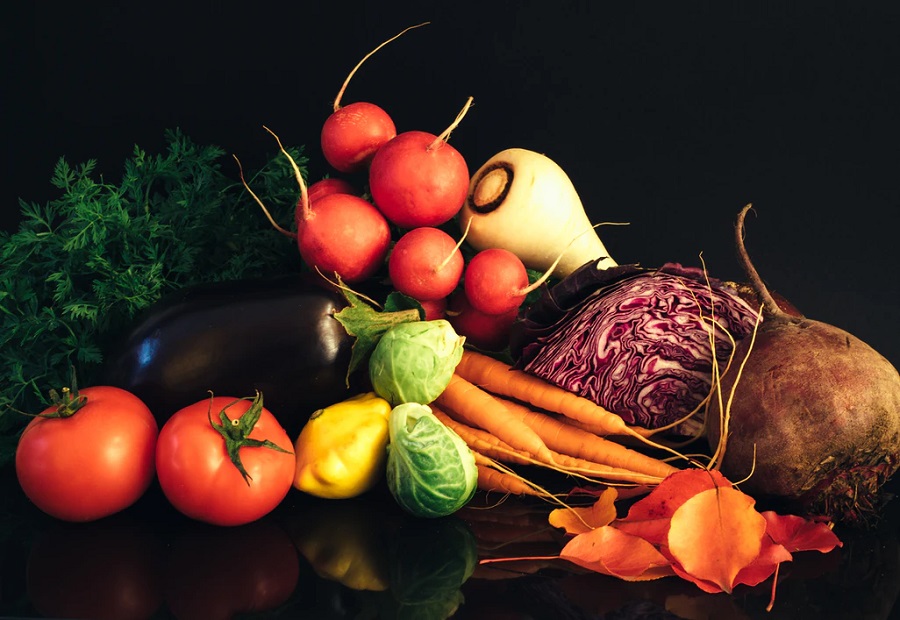 Diseases such as heart disease and diabetes can be avoided by swapping meat-protein for plant-protein and choosing a plant-based or vegan diet.

As people age, the risk of developing diseases like heart disease, diabetes, and dementia rises. Often, these health complications are considered inevitable downsides of getting older. People always get sick in their sunset years, right?

New research and a related literature review throw a wrench in this conventional wisdom. Taken together, the findings suggest eating a plant-heavy diet can significantly delay the ageing process, disease, and death.

The most recent study, published Monday in the JAMA Internal Medicine, analyzed the eating patterns and health outcomes of over 400,000 people over 16 years. The team found higher plant protein intake can cut the risk of disease and death by more than 12 percent.

Beneficial dietary shifts don’t have to be massive, the research suggests. Replacing just three percent of energy from animal protein with plant protein was associated with 10 percent decreased overall mortality in both men and women.

These striking findings add to a long list of other studies summarized in a related editorial, published Monday in the Journal of the American College of Nutrition. In the editorial, researchers suggest plant-based diets can reduce the risk of diseases such as type 2 diabetes, cancer, and heart disease by almost 50 percent. In some studies, it reduced cardiometabolic-related deaths in the United States by half.

“By eating a healthful diet, we can not only add years to our lives but life to our years,” Kahleova tells Inverse. “By staying healthy as we age, we will improve our quality of life and enjoy life more with the people we love.”

Until now, researchers hadn’t pinned down the exact health impacts of consuming plant-protein versus animal protein. To get at that hotly debated question, researchers leveraged data from the NIH-AARP Diet and Health Study, a large prospective cohort of more than 400,000 participants with more than 77,000 deaths.

Approximately 40 percent of the group’s daily dietary protein was from plant sources and 60 percent was animal protein (including 19 percent dairy protein). These diet breakdowns mirror the habits of the United States population, the researchers say.

The team then analyzed who died, as well as their causes of death, over the next 16 years. The results were striking: Across the board, greater intake of plant protein was significantly associated with lower overall mortality and cardiovascular disease mortality, independent of several other risk factors.

Based on these findings, the authors say modifying the choice of protein sources may promote health and longevity, and that public recommendations should reflect this research.

On top of this recent study, Kahleova and her co-authors rounded up other studies exploring how plant-based diets influence health and ageing. Their editorial was authored and funded by the Physicians Committee for Responsible Medicine, a non-profit research and advocacy organization that tends to favour plant-based eating.

The team found a plant-based diet heavy in fruits, vegetables, grains, and legumes can:

These findings point to clear changes to the way people eat, the researchers say: opt for more plants and less meat.

“Adopting a healthful diet and lifestyle is a powerful tool which may delay the aging process, decrease age-associated co-morbidities and mortality, and increase life expectancy,” the researchers write. “This strategy represents the most cost-effective approach, and should be incorporated in everyday practice.”

“More than ever, it’s important that we keep our bodies as healthy as we possibly can.”

However, transforming one’s diet isn’t always simple. Access to nutrient-rich foods isn’t equally accessible or affordable across communities. (Although some research suggests plant-based diets can come with an annual savings of 750 U.S. dollars.)

In light of the Covid-19 pandemic, which has put health disparities in stark clarity, Kahleova says the time to move toward a healthful, plant-based diet is now. “More than ever, it’s important that we keep our bodies as healthy as we possibly can,” Kahleova says.

The researcher notes that a healthful, plant-based diet can help manage many of the world’s leading causes of death – chronic conditions that make Covid-19 more severe. “It’s one more reason to make sure we’re adding more healthy, plant-based foods to our plates,” Kahleova explains.

And there are economic advantages too: By 2050, the population of adults 60 and up is predicted to double from 841 million to 2 billion. The ballooning older set will strain the health system.

“To tackle the challenges of an ageing population, we have no choice,” Kahleova and her team write. “We must address the major lifestyle risk factors, such as smoking, lack of physical activity, and, most of all, poor diet.”.