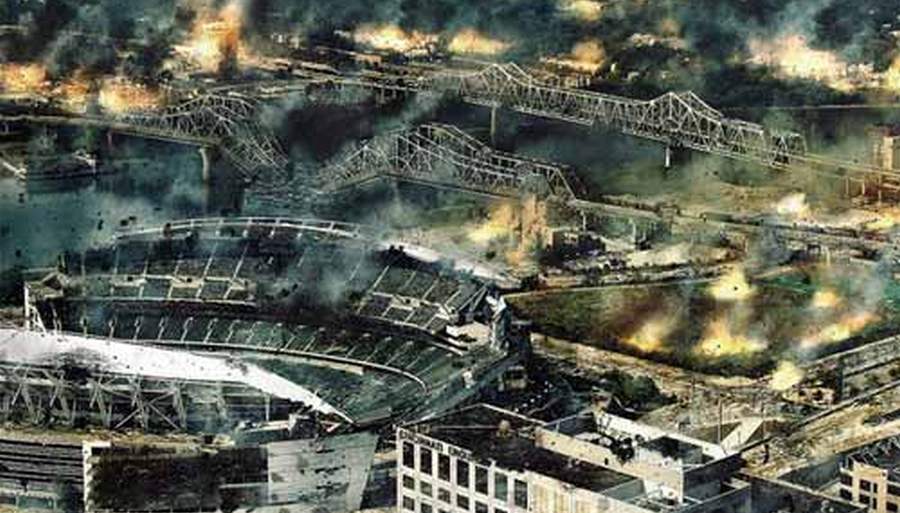 Animal rights group PETA have advocated cutting meat and going vegan to avoid what they call the climate change “doomsday.”

I’m writing on behalf of People for the Ethical Treatment of Animals (PETA) and our more than 6.5 million members and supporters worldwide, following the Bulletin of the Atomic Scientists’ decision to move the hands of the Doomsday Clock forward, reflecting increasing concerns about climate change.

We thank you for calling attention to this critical issue. Since the United Nations has stated that a global shift toward vegan eating is necessary to combat the worst effects of climate change, we encourage the Bulletin to consider the effects that animal agriculture has on the environment (let alone on animals and human health) and to set an example by adopting and advocating for vegan diets. Please also consider recommending that Americans who do not go vegan eat less meat and encourage leaders to do the same—or even go as far as mandating restrictions on meat consumption or meat taxes.

The link between climate change and animal agriculture has been extensively documented. A recent analysis of the food system’s impact on the environment found that massive reductions in meat and dairy consumption—including cutting beef consumption by 90 percent and animal milk consumption by 60 percent in Western countries—are essential to avoid dangerous climate change. Globally, the average person will need to eat 75 percent less beef, 90 percent less pork, and half the number of eggs that he or she now eats. In fact, meat production has such a devastating effect on all aspects of our environment that the Union of Concerned Scientists lists meat-eating as the second-biggest environmental hazard facing the Earth.

When land is used to raise animals instead of crops, precious water and soil are lost, trees are cut down to clear land for grazing or factory-farm sheds, and untreated animal waste pollutes rivers and streams. Meat, dairy, and egg production is unsustainable. When it comes to land use, it’s 18 times more efficient to produce a plant-based chicken alternative than to raise flesh-and-blood chickens. Thankfully, there is essentially an endless variety of healthy and eco- and animal-friendly vegetables, fruits, grains, and legumes. A recent study by the University of Oxford found that eliminating animal products can reduce a person’s food carbon footprint by 73 percent, and if everyone went vegan, global land use could be reduced by 7 percent.

According to the Food and Agriculture Organization of the United Nations, the animal agriculture sector is responsible for nearly a fifth (18 percent) of human-induced greenhouse-gas emissions. In nearly every step of meat, egg, and milk production, climate-changing gases are released into the atmosphere, potentially disrupting weather patterns and ecosystems.

We all have the power to help protect the planet by reducing the amount of greenhouse gases that our diets contribute to climate change by up to 60 percent—simply by choosing delicious vegan foods. With all the scrumptious choices widely available at supermarkets and restaurants nationwide, there’s no reason to keep eating foods made with animal-derived products.

Thank you for your consideration. As we do with anyone interested in this important issue, we stand ready to provide you with resources, encouragement, and tips to make the switch to a vegan lifestyle.

Remember to sign Animal Agriculture and Climate Change’s petition at https://tinyurl.com/aacc-petition which will encourage influential environmentalists, such as Leonardo Di Caprio, HRH Prince William, Greta Thunberg & Sir Richard Branson to speak out about the link between animal agriculture and climate change.