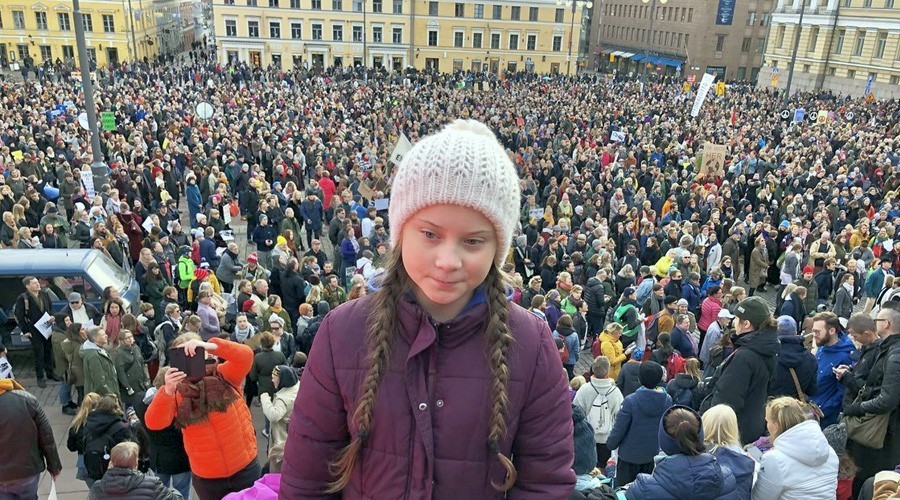 Greta Thunberg led the largest global climate strike in history a year ago when more than 4 million people across 161 different countries went on strike to demand climate action.

Greta Thunberg, the 17-year-old Swedish climate activist is back to school after taking a year off to continue campaigning to stop global warming. Students, trade unionists, workers, and labour organisers were among the many who joined the massive walkout, with a message to their governments that together they would not be stopped.

Thunberg’s activism started gaining international attention during the 2018 summer when she launched a weekly climate direct action called “Fridays for Future” or “School Strike for Climate.” Every Friday, Thunberg encouraged students everywhere to skip school and demand their governments take action to save our planet. And the striking has continued for the past year.

So, what has Thunberg been up to the past year? Although the 17-year-old has taken a backseat in the news in recent months due to the chaos of the presidential election, ongoing uprisings for racial justice, the pandemic, and aliens, Thunberg has been very busy. In the last year, she has taken her environmental activism around the globe, to the United Nations Climate Action Summit in New York City and the World Economic Forum in Davos, Switzerland.

“You have stolen my dreams and my childhood with your empty words.”

During her trip to New York, the young activist delivered a now-famous, passionate speech that put world leaders to shame. “I shouldn’t be up here. I should be back in school on the other side of the ocean,” Thunberg said. “Yet you all come to us young people for hope. How dare you. You have stolen my dreams and my childhood with your empty words.”

“You say children shouldn’t worry. You say, ‘Just leave this to us. We will fix this. We promise we won’t let you down. ‘Don’t be so pessimistic,’” she said, directing her ire at Trump, who during an earlier address suggested climate activists should not be pessimistic about the future of our planet.

Much like the rest of the world, Thunberg has had to adapt to changes in her everyday life due to the global public health crisis we face. As a result, she took her weekly climate strikes to the internet, and organized a digital strike every Friday. Thunberg invited participants to post of photo of themselves striking with their protest signs and the hashtag #ClimateStrikeOnline. In some of her free time, the 17-year-old said she also started “doing some school” after her gap year travels were interrupted. “It doesn’t really count, but just because I love studying so much,” said Thunberg.

Even in the middle of the pandemic, as we all took steps to social distance and stay home whenever possible, Thunberg continues to raise awareness about social issues and hold world leaders accountable. In June when Brazilian President Jair Bolsonaro criticised stay-at-home measures and shutting down non-essential businesses, Thunberg launched a crowdfunding campaign with Fridays for Future to purchase medical supplies and make telemedicine services accessible to people living in the Amazon rainforest.

But it seems that one year later, the teen continues to organise and boost weekly digital climate strikes, and has moved to start striking in-person again. In August, the climate activist took her socially distanced strike back to the Swedish Parliament, and continued to amplify calls for action.

Thunberg along with thousands of journalists, activists, scientists, and professors signed an open letter demanding the European Union and global leaders make a number of changes to slow global warming, including halting investments in fossil fuel exploration and extraction, enacting climate policies that protect workers, and making ecocide an international crime, among others.

Despite her warnings last year that school strikes have not achieved enough and her admission that it’s just not sustainable, Thunberg remains a force for change and inspiration to youth organizers the world over.