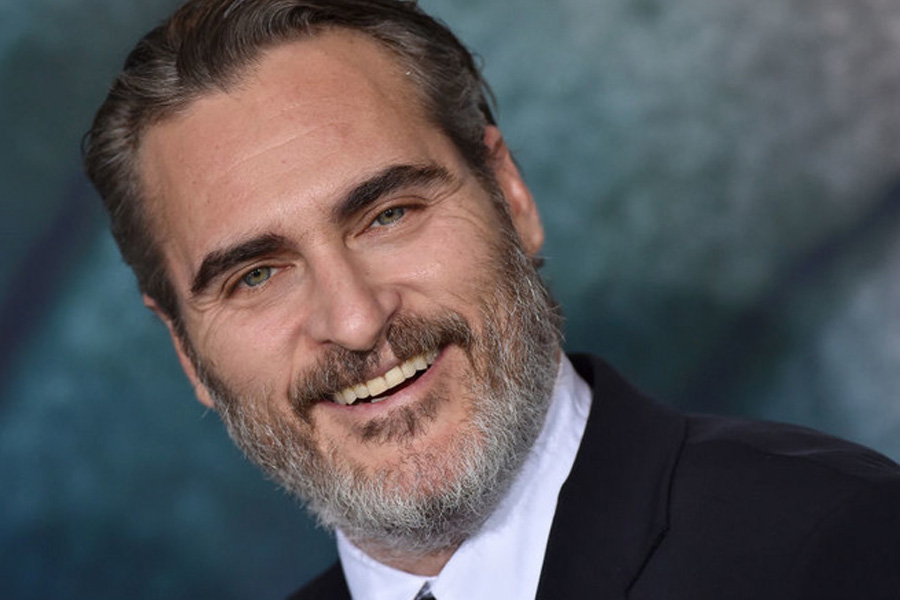 He is telling the stories of the forgotten animals who land on our plates every year – the stories that the animal agriculture industry so desperately tries to hide from us.

Joaquin Phoenix has lived up to his surname. Rising from the flames – or, in this case, emerging from the bright white stage lights – he stood before the world: exposed, authentic, vulnerable. Phoenix at the Oscar awards ceremony treated us to a uniquely raw, real and rare moment.

Arguably the hottest person on our worryingly overheated planet right now, the world hangs on his every word. His tone was serious and sombre, his words tough and true. Phoenix was described by The Guardian’s Steve Rose as ‘Hollywood’s poster boy of progress’. This backhanded compliment holds some truth.

We’re all aware of the ‘Attenborough Effect’. In the space of just a year, and in large part thanks to David Attenborough’s Blue Planet and Our Planet series, over half of the UK population now uses fewer disposable plastics. The world is waking up to the truth. With each passing year plastic pollution is plummeting and conscious consumerism is on the up.

Similarly, Greta Thunberg has quickly become a recognised trailblazer within the youth climate movement, demanding that politicians and leaders take note and act now before it’s too late. Her fiery talks and no-nonsense approach have shed light on government inaction and inspired a wave of climate strikes across the globe.

And so, is Joaquin Phoenix the voice for farmed animals everywhere right now?

Through recent speeches and actions, this one man has prompted an eruption of discussion around the ways in which animals are used. He is telling the stories of the forgotten animals who land on our plates every year – the stories that the animal agriculture industry so desperately tries to hide from us.

Over recent weeks and months Joaquin Phoenix has attended vigils, shown images of farmed animal suffering in the streets and marched alongside fellow activists.

Just a week ago he joined Animal Equality in a protest on Tower Bridge, dropping a banner with the powerful message  ‘Factory farming is destroying our planet. Go vegan’ and handing leaflets to police officers as they passed by. His activism knows no bounds and I have a feeling that he’s only just getting started.

These three activists are using their voices, their talents and their platforms to speak up for the animals and the Earth. As we consider our impact on this planet, we should consider not only on how we can reduce our carbon footprint or our consumption of animal products, but also how we can impact this world for the better.

One person can make a world of difference.