The best activism methods to advocate for the rights of animals

A new report seeks to find out which methods are most effective when it comes to activism for animal rights.

Attempts by animal advocates to influence others’ choices on eating meat run the full gamut from sharing graphic videos from farms and slaughterhouses on social media to recommending documentaries to watch to holding demos and protests. But which type of advocacy actually works to change attitudes and behaviour?

A new report by Faunalytics, “Planting Seeds: The Impact Of Diet & Different Animal Advocacy Tactics”, sets out to answer this question. The findings have big implications for animal advocates in terms of tactics employed and audiences targeted, and the report lays out some recommendations to help guide them.

“Our recommendations are based on data supporting behaviour change (i.e., a reduction in animal product consumption),” Andrea Polanco, the report’s author and a researcher at Faunalytics, told Surge, “since this is a key outcome for many orgs and advocates.”

Overall, books, documentaries, meat-free challenges, news articles and social media posts about farmed animal welfare have the most positive impact in reducing consumption of animal products, while graphic and non-graphic videos, leaflets, and celebrity endorsements have limited impact. Protests, it turns out, can actually hurt the cause, said the report. Meat-eaters are less likely to change their behaviour after being exposed to animal advocacy than people who avoid meat, which includes reducetarians, pescetarians, and vegetarians.

The report is split into two studies, with all participants based in the US. The first asked people about their experiences with different types of advocacy within the last five years and measured it against their current behaviour and attitudes around animal products. The second was experimental, testing the direct impact of various types of advocacy on people’s immediate attitudes and behaviour.

Protests out; books in?

The first study found that animal advocacy influenced 41 per cent of people to reduce their consumption of animal products with the most effective type being reading a book about animal suffering, followed by doing a meat-free challenge, having classroom education, and watching a documentary. But the report warns that self-reports on the impact of an experience on one’s behaviour have limitations, including that “people aren’t always good at remembering or interpreting their own past behaviour” and some people might not remember what impacted them.

The second study provides a much clearer picture of which kinds of advocacy are effective, though it could not test the impact of “long-form” advocacy such as books and meat-free challenges as part of the short online experiment. Rather it tested each participant’s reaction to one type of advocacy, such as a graphic video, a social media post, or watching a video of a protest, by asking them questions including whether they would take a meat-reducing diet pledge and sign a petition on animal welfare reform, how they felt about farmed animals, their purchasing intentions, and how they felt about the advocacy. Beforehand, they were asked about their level of animal product consumption, and asked about this again two weeks after the experiment.

The key difference in whether people were influenced by the advocacy they experienced was not the level of meat consumption before the experiment, but whether they identified as a meat-eater or a meat-avoider. Meat-avoiders who read a news article or a social media post subsequently ate fewer animal products, whereas meat-eaters ate a similar amount of animal products. However, watching a disruptive protest pushed meat-eaters to eat more animal products and also reduced the likelihood that meat-avoiders would sign a petition or take a diet pledge. This should give advocates pause for thought, since meat-avoiders can be brought along further by advocacy in general than meat-eaters.

Angry demos may backfire, but do influence media

That disruptive protests can backfire, the report says, “may reflect how vegetarians, reducetarians, and pescetarians see themselves relative to vegans or animal rights activists. For instance, it’s possible that meat-avoiders didn’t want to be associated with the protesters they saw in the videos, given that people tend to view activists negatively in general (e.g. as militant or hostile), and not want to associate with them. Similarly, research has shown that there can be tension between vegans and people who are less strict animal product avoiders. Specifically, vegetarians report more discrimination from vegans than other vegetarians, and feeling more anxiety and vigilance when interacting with animal-rights-based vegans than individuals who are vegan for other reasons.”

However, it’s interesting to note that disruptive protests may generate more news articles which could be more effective at influencing people’s behaviour. Take the recent protests by Direct Action Everywhere (DxE) activists, who disrupted basketball games to protest the use of ventilation shutdown to roast millions of chickens alive at an egg farm owned by Glen Taylor, who also owns basketball team the Minnesota Timberwolves. A number of media outlets have subsequently published articles that explain the horrible way chickens are being killed to contain the spread of avian flu. Without the protests, what took place at Glen Taylor’s farm may have flown way under the public’s radar.

Another interesting outcome from the second experimental study was that providing information about animal welfare labels didn’t change people’s behaviour or intentions to purchase animal products with or without a welfare label. The report notes that this finding “is in contrast with previous work that has found educational information to be associated with a higher intention to purchase high-welfare animal products.” As many animal advocates know, welfare labels and certifications are largely a type of “humane-washing”, designed to assuage consumers’ guilt without significantly improving the lives of farmed animals.

The report makes a number of recommendations to animal advocates about which types of advocacy are good to focus on, based on the results from both studies. Meat-free challenges like Veganuary are recommended – and it is not surprising to learn that they are effective, given have Veganuary has grown in the last couple of years. Sharing news articles and social media posts are also a better strategy than sharing graphic or non-graphic videos, though such videos can succeed in improving meat-eaters beliefs about farmed animals even if they don’t change their behaviour. “We acknowledge that behaviour change occurs in stages,” says Polanco, “so we still encourage people to use types of advocacy that positively impact beliefs, attitudes, or intentions since these are important in the earlier stages of change. In other words, we want people to be realistic about the impact of their advocacy, so understanding that different forms of advocacy will have different effects – while some advocacy tactics will change behaviours, others won’t (but they may still positively impact bystanders in other ways like changing their attitudes or beliefs).”

Though protests are not recommended by the report, arguably this depends on whether the protest is aiming to change the minds of individual meat-eaters or to achieve some larger purpose, such as the recent DxE protests have succeeded in doing.

Finally, advocates should think about who they are targeting (meat-eaters or meat-avoiders) and how clear, engaging, and informative their messaging is about the behaviour change they suggest, “as all of these characteristics were linked to taking a diet pledge and supporting welfare improvements.” Advocates should also “aim to minimize perceptions of their materials as misleading, condescending, and angering, as these responses made people less willing to engage in pro-animal behaviour.”

But if meat-eaters are resistant to advocacy, how can we turn more people into meat-avoiders whose behaviour is then more likely to be influenced further by advocacy? “We suggest using various approaches since it really depends on the person,” says Polanco. “On average, research has found that people are more open to a reducetarian message than a “go veg” message and that many people transition to a veg*n [vegan or vegetarian] diet slowly. The same goes for the type of perspective you’re speaking from (animal rights, environment, health, etc). If you’re having a one-on-one conversation with someone, it’s easier to identify what the person thinks about meat or animal product consumption, which can then help you tailor your message.”

Overall this report is an incredibly helpful resource for advocates, whether they fight for animals as individuals or as part of an organisation, and should help us all reflect on which types of advocacy we put our energy into. 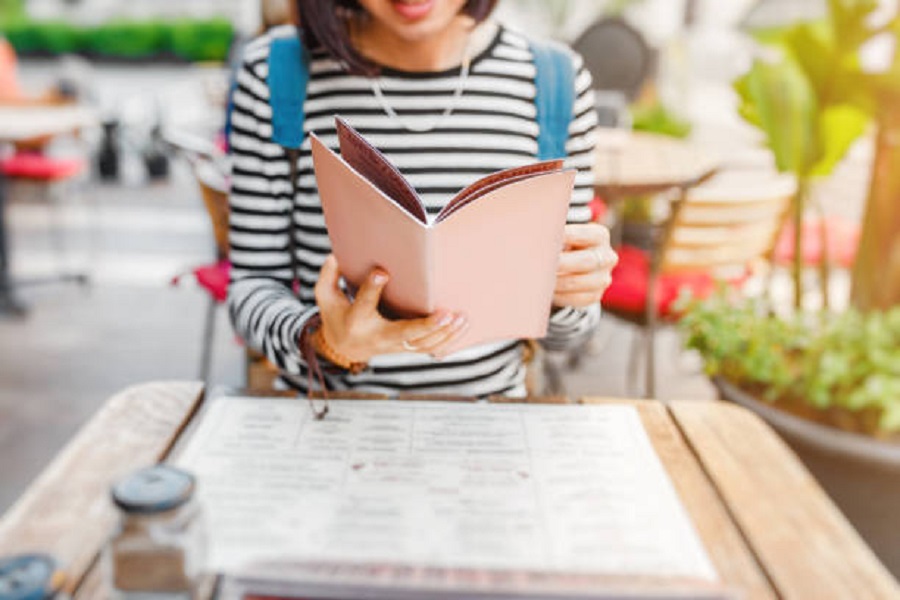